Private Soulbound to Keep an Oath, to Chase Destiny 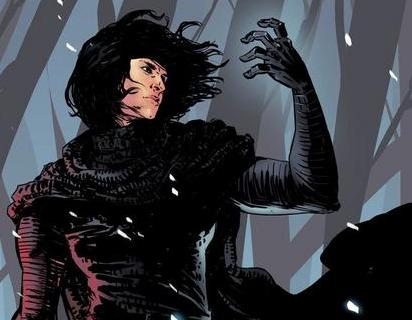 ​
He had woken up early that morning, typically the reason would have been to simply opt to get at the day before it truly began, before the heat rose the humidity up to dreadful levels. But, for a couple of weeks Dxun had fallen into Winter so now his reasons were purely to start early as he sought to finally delve into Freedon Nadd's tomb. It was something no one had done for some time now, long before it was even "prophesied" that a Nadd descendant would free the Followers of Freedon from their chains then lead them to taking Onderon....and more.​
​
Drexl hated getting up early, but as the years had passed it had become ingrained on him to instinctively wake up, to not waste time with excess sleep. Still this didn't mean he was going out to do things or exert himself, no he usually relaxed for a few hours at least before morning become noon. Today though he began a venture that would lead him into the dark jungles of Dxun as no sunlight had begun to pour down yet, clocking the time at around forty-three minutes after two in the morning. On his person was his basic gear which included a small hydration pack to the likes of a single rations bar, his attire for the day, as well as his chosen weapon which was for all intensive purposes a relic of the past.​
​
Predating the lightsaber, the Forcesabers were developed by the Rakatan Infinite Empire, fueled by not only The Force, but the Dark Side itself these weapons then fed synthetic crystals with enough energy to produce a powerful beam. Despite it's age it had stood the test of time, further fixed for modern times by Drexl's refurbishing and modifications to the hilt. It wasn't one of the Rakatan's personal variant which proved more akin to lightsaber pikes in handle length, but rather it had history within their mutant sub species of Flesh Raiders giving reason to the weapon's yellow color and shorter hilt. Despite this the hilt was still longer than your typical lightsaber variant and also included two mirrored blade guards that ran along the first few inches of the blade when energized. Along the pommel are the same appendages which proved useful in stabbing or disarming techniques if able. All in all it might've been a relic of the past fixed for his own needs, but it was extremely important to him and had become the one item he always had on his person at all times or at least somewhere within arms, or The Force's reach.​
​
Despite the snow and harsh winds whistling through the patchy jungle, due to Winter's newfound climate, Drexl felt quite warm or rather most of his body did as it was covered in clothing that was meant to regulate his body temperature, to fight cold and heat while affording just light protection. His face and overall head was bare however and he was at constant battle with himself for allowing such weakness, though it had it's reasoning too, he had to suffer to continue to grow, to not become to confident he had to remind himself that he was fragile.​
​
It was when one got bored, when the air got stale that one's end was drawing near.​
​
Trudging through the snow Drexl would remain mindful of the moon's other dangers, it's true dangers, the predators that didn't care if it was sweltering hot or bone chillingly cold. Thankfully he did remain on his toes, his perception/peripheral vision peaking even before the snow around him bulged in various areas a few yards apart. And before these growing mounds of snow even revealed their contents the Dxun native knew what he had just stumbled into....a Boma nest. While a single Boma was a threat it was one that he had grown accustomed to, one that killing had become almost second nature to Drexl, but disturbing a number of them? Disturbing a number of them within their actual nest? Now that was risky. Disrupting their hibernation too was risky, but it did offer him a potential handicap in that they would be sluggish despite having only entered the state of rest a couple of weeks prior. This also meant though that once they did fully revitalize they would have more energy to burn with potential that they'd be physically slowed due to having gorged themselves on food in preparation for Winter. Cursing himself Drexl would then watch on as the mounds of snow bulged to their limit with some revealing themselves as the reptiles with snow simple falling off while retaining large portions of the frozen condensation still, others shivering/shaking to remove most of it and revealing their gleaming scaley hides.​
​
Due to their build they didn't bring about the same immediate fear that the likes of a big wild cat or crocodile might, putting it more in the category with bulls, elephants, etc. He wasn't necessarily worried about getting bitten or clawed to death, but stomped and gored before being eaten while slowly dying from the initial assault. Cursing himself aloud for rushing toward his objective Drexl would do the one thing he could at that moment, he'd draw his Forcesaber and twirl it nonchalantly a single time before igniting it's yellow blade. Humming to life with a much deeper sound than your typical lightsaber the blade would then find itself held in an awkward manner as Drexl shifted into an unnatural combative stance. Unnatural in traditional standards, but very natural in that it mirrored the stance of an aggressive Ruping before it might pounce from it's chosen perch.​
​
" Bakaa......"​

Staff member
Community Team
If anyone were there to witness it, rather were any lightsaber wielder trained in Ataru there to witness Drexl at work they'd be taken back entirely. His primal movements, the elegant savagery, it was akin to Juyo, but so much different at the same time. It truly was a variant of Ataru, yet something to behold in of itself if only for it's raw nature. When he jumped it was like an animal, the native Ruping to be exact as previously stated, when he dashed it was like a lizard skittering across the land. Drexl even bounced from one tree to the next with the flat of his boots, pushing off of one here to the next or from one to the ground or directly after one of his targets.​
​
Cleaving another Boma in half only gave the next two the moment they needed to get closer to the Dark Sider himself. Cursing himself while swinging his blade from right to left before bring it up with him as he jumped over them rather than give ground outright. With his "L"-like attack he'd cut at their mouths while slicing the Boma farthest to the left clean from snout to the back of their neck with his lightsaber's very tip. Landing crouched and sliding in the snow he'd prepare to launch himself from his feet once more....​
​
That was until a younger Boma barreled into him from behind before he could properly react, only having time enough to glance over his shoulder before the air was knocked from his lungs and he was flung face down into the snow. Now sliding forward rather than backward he'd come to a halt shortly after, plunged deep into the ever rising snow. Beyond this Drexl had been disarmed after being tackled and was now left unarmed...or was he?​

Staff member
Community Team
He managed to walk away from the fight with his gear and attire intact although the garb over his left shoulder was somewhat mauled, leaving his flesh bleeding a tiny bit beneath. Nonetheless he'd move as if he hadn't just fought long enough to exhaust himself, walking for a few more hours before pausing to rest if only shortly.​
​
Taking shelter in a cave for no more than twenty five minutes he'd proceed to walk out into a light blizzard that had formed up, one that'd plague him until he actually arrived at his destination. Or rather, he had arrived in the open field where Freedon Nadd's Tomb was located far off in the distance towards the opposite treeline. Pausing again only to take in the sight of which he had taken in many times before Drexl would then stomp forward as if he were putting on a furious show for all to see when in reality there were none.​
​
Feeding off of the pain and warmth the wounds in his shoulder afforded him Drexl would not stop in his step again while approaching his target with fiery eyes.​

Staff member
Community Team
Everytime Drexl's eyes fell upon the tomb they lost themselves, pondering on what it's blackness was more akin to, was it coal? The night's sky from planetside? Or was it an onyx only comparable to the black of space itself?​
​
It seemed blacker, darker...As if it were actually forged from or in a black hole itself, a black so empty that it swallowed everything, light included. And in the snow covered landscape presently the tomb was a massive shadow jutting out of the ground. But, it didn't "feel empty", it felt as if a thousand men and women were whispering to Drexl at the same time, urning for him, telling him to come to the tomb, to explore his ancestor's resting place. Drawing his hood back only once he began to climb the marble steps to the entrance he'd take in every small detail he might, from small cracks to whole scars cut out of the steps as well as the walls along the front of the tomb.​
​
The entrance itself bore the most visible damage though, it's massive doors only budging when Drexl raised his left hand. In doing so the pain in his shoulder would explode, fueling him with the power he desired, enough power to throw the doors open with ease and with a loud thud they'd collide with their respective sides.​
​
Stomping on inside then Drexl would continue if only slowing down, but never ceasing in his step. The ceiling was low, but the hallway was wide and from what Drexl had read in the past the tomb was full of different paths/routes, but not to confuse or lose oneself, rather everything had a reason, a purpose...However with time looters had taken everything of use from the tomb, every relic, every heirloom that had been his by right.​
​
Yet, perhaps there might be something....anything left behind for him?....​
You must log in or register to reply here.
Share:
Reddit Pinterest Tumblr WhatsApp Email Link
Top